Some people think that you don’t need a lot of dress making tools when it comes to sewing. These people consider a sewing machine the only important and pretty much the only necessary tool for sewing.

Of course, this is not true because sewing, much like many other types of work require a fair number of tools to be used if you want to do a good job and create something nice.

Sewing machine is the most important one because it does the actual stitching but there’s a lot of other tools that are essential for a sewing enthusiast. Without them, you wouldn’t be able to prepare everything properly and move on to using the sewing machine.

Having said that, today we’ll be showing you which tools you should get for yourself if you wish to become a pure blooded fashion designer who creates lovely dresses. So, let’s stop wasting time and start talking about those tools, shall we?

Helen is the editor of the sewing blog HelloSewing and a seamstress of more than 4 years. When she is not researching and reviewing sewing machines and tools, she’s making beautiful things out of scratch. She loves all things DIY- crafts, drawing, decorating, and above all – she simply loves sewing!

These tools are used before moving on to using the sewing machine because their purpose is to prepare the fabrics you’ll be using for the actual stitching. They consist of drawing tools, measuring tools, cutting tools and a few more other that we’ll mention later on.

Before you begin sewing something, you must first decide what exactly do you want to create. In other words, you must first design the piece you’ll be making. For starters, you’ll need a sketchbook, a pencil, an eraser, and a few colored pencils or markers for marking different parts of the sketch. As you get better, you can add a number of other designing tools to your toolkit. Here’s a great rundown of all dress design tools you’ll ever need. 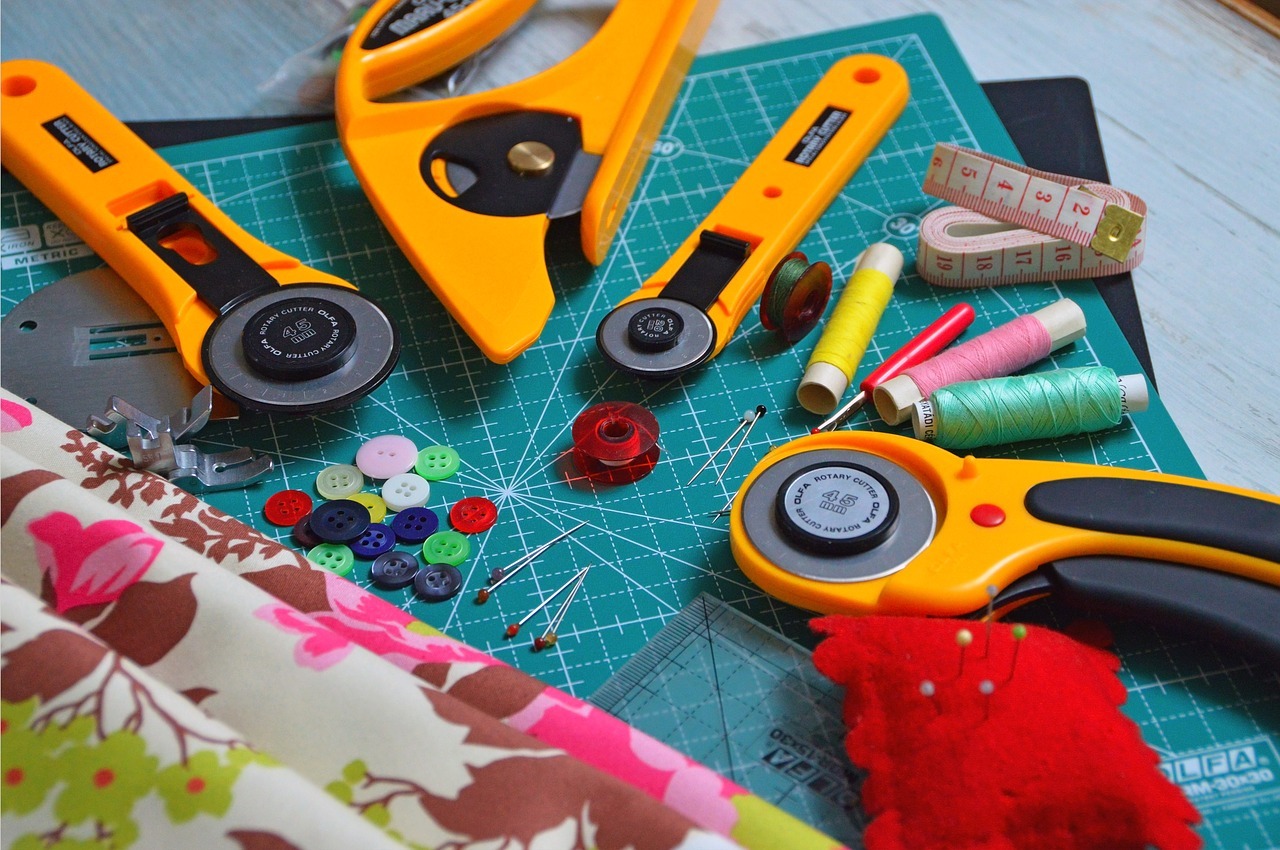 These tools are used in two different ways. You can use them for taking measurements of the person who’ll be wearing the piece and for measuring out the fabric parts and sections you’ll be cutting later on. They consist of a measuring tape, a yardstick which is basically a straight rigid ruler, a hip curve that allows you to measure out curved areas, and an L square which lets you transfer measurements from the original pattern to the fabric you’ll be using.

Used for marking the fabric, these tools consist of a tailor’s chalk and a chalk pencil which allow you to draw over the material and then easily erase those marks after you’ve finished using them. You can also use a plain soap bar instead, it does the job equally well. Next up we have the tracing wheel which often goes together with carbon paper and is used to create designs and lines on the fabric.

The name explains it all, these tools are used for cutting the fabric into adequate pieces which will be sewn together later on with the sewing machine. They consist of scissors, high quality shears, pinking shears that have a serrated edge and are used for creating edges that won’t ravel. And last but not least, a seam ripper which allows you to cut seams with ease. It’s not really a preparation, instead it’s more like a restart tool but it is essential nonetheless. 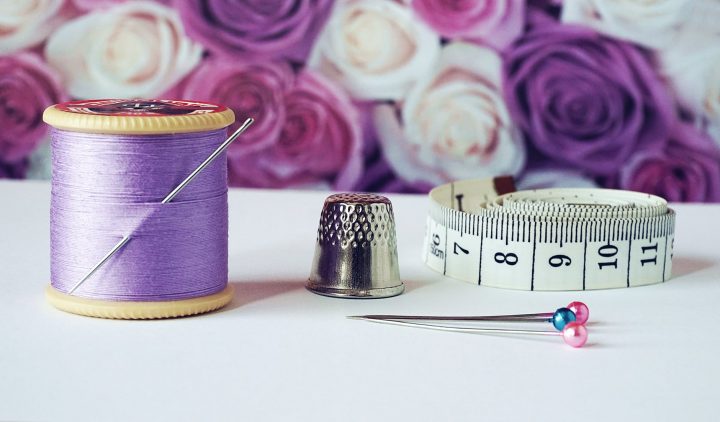 Before we move on to talking about sewing machines, we should first mention a couple of tools that don’t fit the previous categories but are important anyway. One of these tools are the pins and needles, along with a pincushion to hold them, and a thimble to protect your finger when you’re using them. An iron and an ironing board are also crucial for a sewing enthusiast because they allow you to straighten out the fabric before you start using it. And last but not least, the sewing table. This is basically a large desk on which you can spread out the materials and tools you’ll be using. With it you can cut or mark fabric with ease while having a good overview of the entire sheet of material.

Now it’s time for us to talk about sewing machines. Put simply, there are three main types of sewing machines for fashion designers: the home sewing machine, the industrial sewing machine, and the serger or overlock machine. We could add a fourth option, the embroidery machine which allows you to stitch out various patterns on fabric, but since it’s not crucial for dressmaking, we’ll skip it this time. 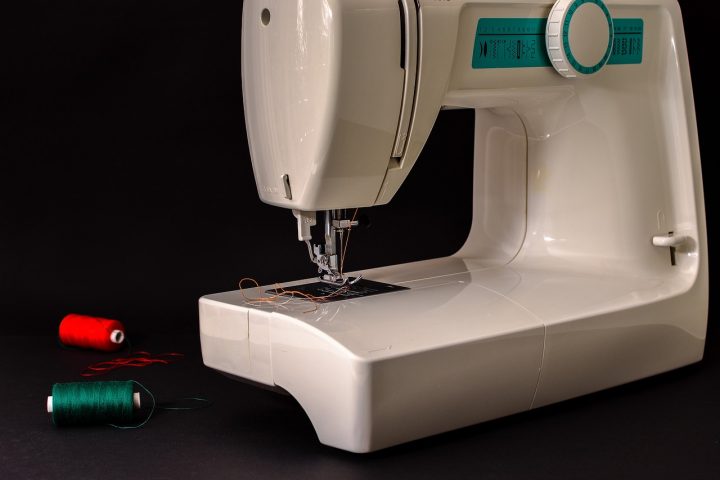 These models are pretty versatile and they can do a lot of different types of work, some more than the others, depending on the model itself, but they all do a decent job at regular sewing.

They do have a few different variations like portable machines that can be transported easily, or heavy duty machines that can work with tough and thick fabric. Most of these machines have the ability to sew straight and zig zag stitches, make buttonholes, insert zippers and perform similar sewing operations that are necessary for dressmaking. 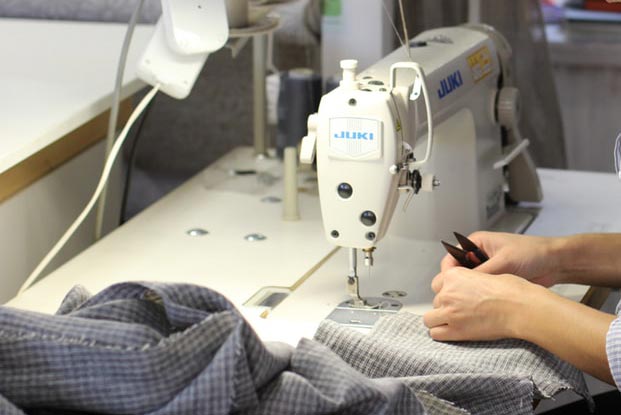 These models excel at one kind of work but can’t do almost anything else. For example, some are great at leather sewing, others are great at quilting, but they all have only one field of expertise in which they perform amazingly. They last long and cost a lot but they’re very reliable and don’t require much maintenance work. 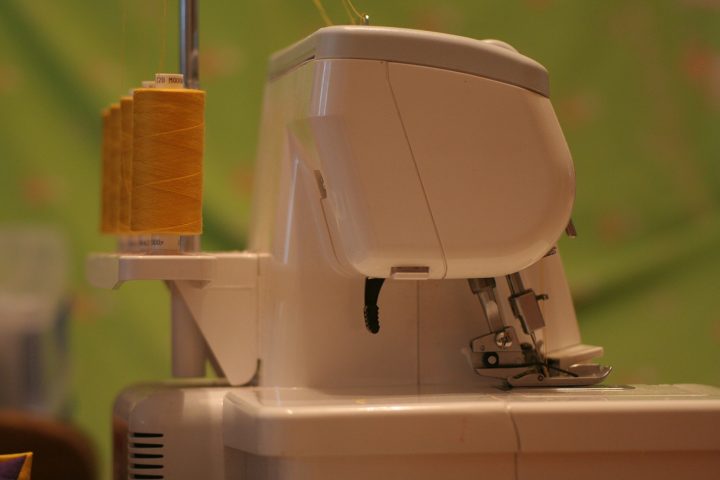 Serger sewing machines make the best edges, strong, beautiful and durable. You can also sew clothes with them, but they can’t do as much as a home sewing machine can, because their specialty is edge finishing.

There you have it, those were the essential tools for sewing. All you have to do it just start!

Leave Your Biggest Takeaway and Join The Discussion

This site uses Akismet to reduce spam. Learn how your comment data is processed.

Learn to Design Clothes and Become A Fashion Designer. 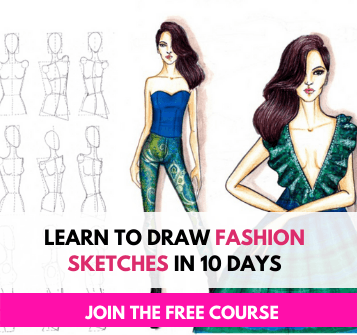